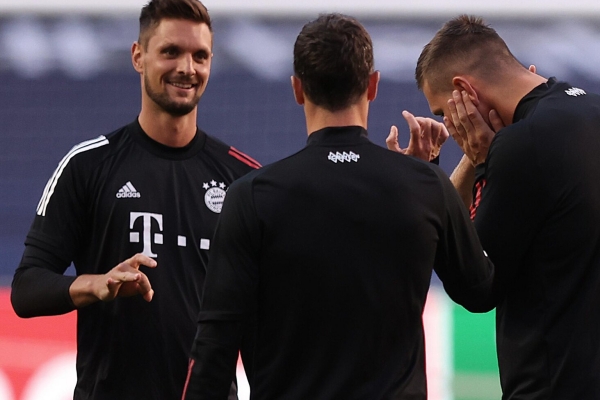 Bayern München hosts FC Barcelona in the final group stage match of the Champions League. The game it’s defining moment for the European hopes of Xavi’s side.

If Benfica defeats Dynamo Kyiv, Barcelona will have to secure all three points against Bayern, or they will drop down into the Europa League. There is no such pressure for Julian Nagelsmann and his team, as they are already safely through as top of the group after cruising the Spanish side at the Nou Camp and winning both games against Benfica and Dynamo.

Lucas Hernandez had slight injury in Bayern’s recent win over Borussia Dortmund, while Joshua Kimmich has missed the recent matches due to being in quarantine. On the bright side Upamecano is back from suspension.

In the Borussia game Bayern defense was not stable and was heavily criticized. Negelsmann would have to either make tactical adjustments or change players that start from the first minute.

The attacking prowess of Bayern is obvious with 19 goals so far, including five in both of their two home matches.

We expect motivation for both teams to be on the opposite scale, but the lack of pressure for Bayern could lead to more free flowing game and lots of goals from both sides. It’s a big teast for the new Barcelona manager Xavi, for whom the full points are a must.

History is on Bayern’s side too. Of the 5 games played in Germany against the Catalans, only 2 were draws, with 3 wins. Overall Bayern dominates Barcelona in head to head games with 8 wins from the 12 times they player against each other.

Shock for Bayern in the Bavarian derby