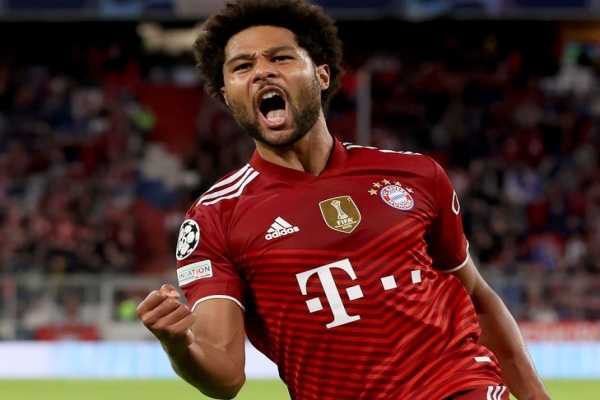 Leroy Sane’s second-half goal gave Bayern Munchen a 1-0 victory over visitors Arminia Bielefeld on Saturday to keep the champions top of the Bundesliga, a point ahead of Borussia Dortmund. Next week the Bavarians will play in the derby with Borussia Dortmund as leaders.

In their previous league match, the champions lost 1-2 to Augsburg, but during the week they immediately retaliated with a 2-0 victory over Dynamo (Kiev) in the Champions League.

Joshua Kimmich and Eric Maxim Choupo-Moting were missing due to a coronavirus issues. Serge Gnabry

was left on the bench, as he had been isolated as a contact. Julian Nagelsmann bet on a building with only three defenders – Pavard, Upamecano and Hernandez.

In a very one-sided game, Bayern dominated possession and shots from start to finish, but struggled to take the lead.

Still, the pressure from Bayern led to a goal. It happened in the 71st minute, when Sane beat Ortega for a shot with his left from about 20 meters for 1-0. Substitute Serge Gnabry hit the bar minutes later, but no other goals were scored until the end.

With their win, Bayern stay one point clear of second Borussia Dortmund ahead of next week’s tclash between the two sides.