Shock for Bayern in the Bavarian derby 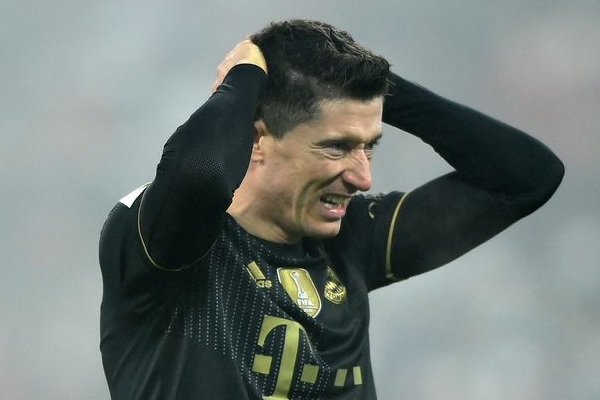 Bayern Munich failed against Augsburg in the Bavarian derby of the 12th round of the Bundesliga. The hosts won 2-1 and moved away from the relegation zone, while Bayern again showed hesitation after a break after international games. Mads Pedersen opened the scoring in the 23rd minute, and Andre Hahn doubled Augsburg’s lead in the 36th. Robert Lewandowski reduced the lead in the 38th minute with a record 101st goal of the calendar year for Bayern, but in the second half the pressure from Munich proved fruitless and they suffered a second defeat of the season. The lead over Borussia Dortmund is shortened to only 1 point after their win at home versus Stuttgart.

Julian Nagelsmann’s side have scored 4 or more goals in 7 of their previous 11 matches in all competitions. In this period, however, came the sensational defeat with 0-5 by Borussia M’gladbach for the German Cup. Augsburg had only 9 goals so far in the Bundesliga, but showed remarkable efficiency in front of the net of Manuel Neuer and that was the basis for the victory.

There were no surprises in Bayern’s starting eleven. Robert Lewandowski led the attack, supported by Leroy Sane, Thomas Muller and Serge Gnabry. Marcel Sabitzer played next to Leon Goretzka in the midfield, and the four defenders in front of Manuel Neuer were Benjamin Pavard, Dayot Upamecano, Lucas Hernandez and Omar Richards, who was preferred instead of Alfonso Davis. Kingsley Koman was out due to injury and Kimmich, Zule and Stanisic were under quarantine. Thomas Muller had his 600th match with Bayern, as only the legendary goalkeepers Sepp Meyer and Oliver Kahn are with more games than him.

In the 18th minute, the Augsburg defender returned the ball badly to Gikiewicz, who underestimated the situation and allowed the ball to pass under his feet. Fortunately for the Polish keeper, his mistake did not lead to an own goal, but only to a corner. Augsburg responded with a dangerous attack on the left flank, forcing Omar Richards to clean in a corner. The Bayern players did not keep concentration and allowed themselves to be surprised again with a breakthrough in the same zone. Iago crossed, Hernandez sent the ball to the feet of Pedersen, who with a solid shot brought Augsburg the lead. Bayern immediately settled in the opponent’s half. They easily reached the penalty area of Augsburg, but could not find the last pass. In the 32nd minute Pavard tried a very long shot, in which the ball slightly touched Augsburg player, but Gikiewicz was careful and saved.

A ball lost by Sabitzer in the middle of the field started an attack that ended with the second goal for Augsburg. Iago once again advanced to the left and ceossed to Andre Hahn, who overcame Neuer with a header. It was a real shock for Bayern, but Nagelsmann’s team reacted properly and quickly managed to return one goal. Lewandowski scored after a pass from Pavard and a touch from Muller, which made it easier for the Polish goal machine. The goal was the 14th for Lewa since the beginning of the season in the Bundesliga and the 101st in total for Bayern in the calendar year, which is a new record.

After the break Bayern visibly picked up the speed. In the 50th minute Lewandowski, shot from the air, but out. As expected, Omar Richards was replaced by Alfonso Davis and Jamal Musiala came in instead of Sabitzer. Augsburg defended quite calmly and the goal chances in front of Gikiewicz were not many. Twenty minutes before the end, Nagelsmann brought in Choupo-Moting in an attempt to reverse the course of the match. Alfonso Davis could have equalized after a cascade of feints in the penalty area, but his shot went inches from the goal. In the 79th minute, Bayern played at speed and the ball landed at the feet of Levndovski, but he failed to overcome his compatriot Gikiewicz. In the 84th unconvincing intervention of the goalkeeper of Augsburg created tension in the penalty area, but the hosts survived again.

In the end, Bayern totally dominated, but did not find a way to at least get a draw. In the next round, the champions will host Arminia Bielefeld, and before that they will play against Dynamo Kiev in the Champions League.